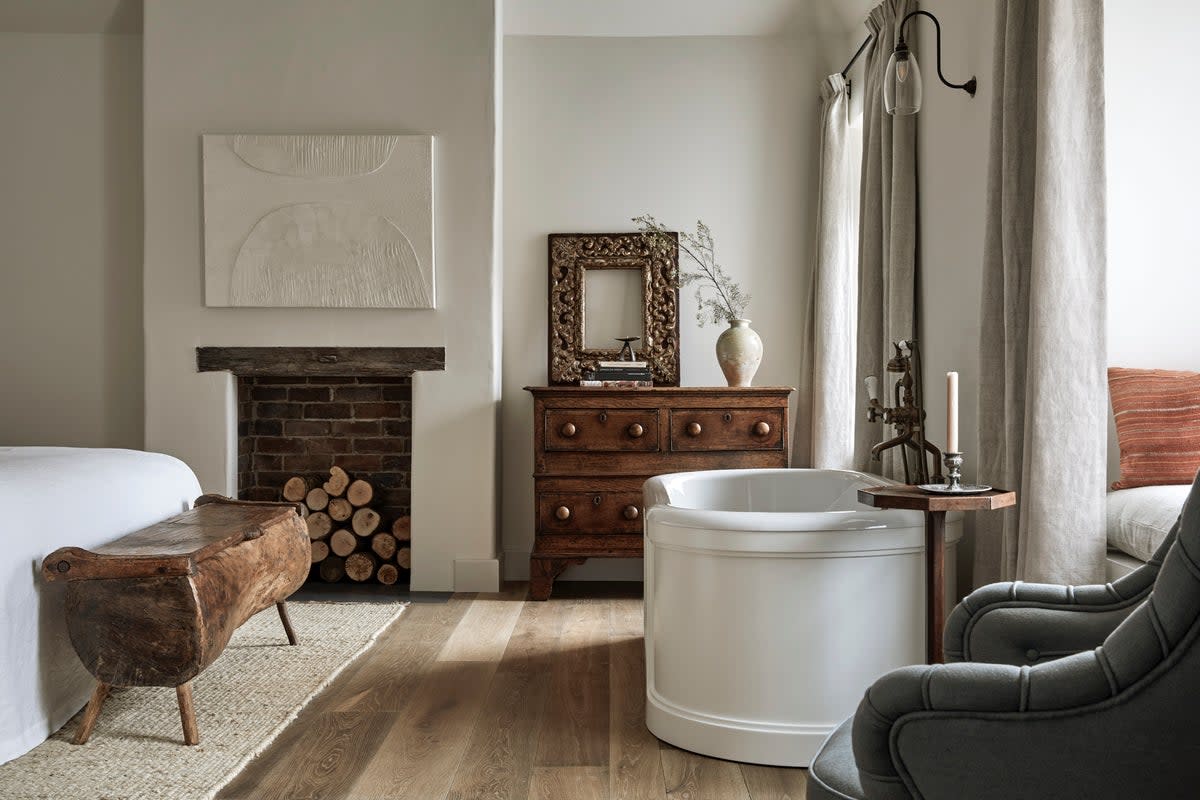 Situated in the picturesque village of Maiden Bradley in southwest Wiltshire, The Bradley Hare is a quintessential English pub with excellent interiors. Located within the property of the Duchy of Somerset, formerly The Somerset Arms, the pub was taken over by James Thurstan Waterworth, former Soho House European design director – hence the style points – and F&B impresario Andrew Kelly. It opened last summer and has since received rave reviews among locals and out-of-towners alike.

Two hours drive from London or two hours by train from Paddington, give or take. Warminster, is the closest station, from where it is about 15 minutes by taxi. Bruton and Frome are similar distances – foodies and art lovers should stop by the independent Frome market on the first Sunday of each month.

When you first set foot in The Bradley Hare, you’re immediately hit by that deeply comforting country pub air – there’s nothing quite like it, is there? – a fireplace flickers, guest dogs roam freely (rooms are dog friendly, though you’ll never know that from the immaculate finish), and tasty local beers flow on tap. Original hardwood floors, bay windows with shutters, calming walls in Farrow & Ball tones, and an eclectic mix of mismatched antique chairs, beautifully upholstered tables, and lamps lend a cozy yet smart vibe.

After a long hike in the Wiltshire hills, The Snug is the perfect spot to crouch and tuck into the games closet and restock on burgers and beers on a rainy afternoon, while the large private back garden is an idyllic space for the mild summer spots and a bite to eat. There’s a cozy bell tent for al fresco dining when it’s cooler too.

Each of the 12 rooms has its own distinctive style and furniture. They are divided between the main house, where there are seven – think darker, sombre shades of F&B paint in some and walls with traditional Hamilton Weston floral wallpaper in others – while in the coach house, where there are five more, the bedrooms are a little bigger. with large freestanding tubs and a more minimalist vibe.

We stayed in the Coach House Upper, complete with solid 18th-century mahogany furniture, neutral interiors, a headboard made from a repurposed blue fabric, and a beautifully tiled bathroom with a giant shower that looked very Soho House. Sumptuous beds are made with Egyptian cotton sheets, while organic beauty brand Evolve provides the amenities, all handcrafted in Hertfordshire.

Let’s see why you’re really here, the food (and drink). The team at The Bradley Hare prides itself on a zero-waste philosophy and the seasonal menu curated by chef Nye Smith changes weekly. Examples of starters include grilled razor clams, rose spruce and salsa verde or mackerel, rhubarb and pickled horseradish, followed by duck breast with peas, bacon and romaine or pork belly with kale and baked apple and mustard. Stay for the Sunday roast, our chicken wreath to share was sensationally moist and the potato dauphinoise the best I’ve ever had.

When we stayed in April, the pub only served a continental breakfast – but honestly, there is no “only” in this continental breakfast. We ate deliciously poached cinnamon pears sliced ​​through thick, freshly whipped local yogurt and layers of melt-in-your-mouth Wiltshire ham and chunks of creamy Somerset cheese on toasted brown sourdough bread while poring over the Sunday papers. B&B purists will be pleased to know that Bradley Hare now also offers a cooked option, though personally I’d go with the former if you plan on feasting on the pub’s rich menu over the weekend (as we did). He prepared us perfectly for a day of hiking in the hills.

Couples looking for a traditionally English country escape with all the trimmings. Good food, wine, friendly service and stunning scenery.

Rooms from £150/night including weekend breakfast 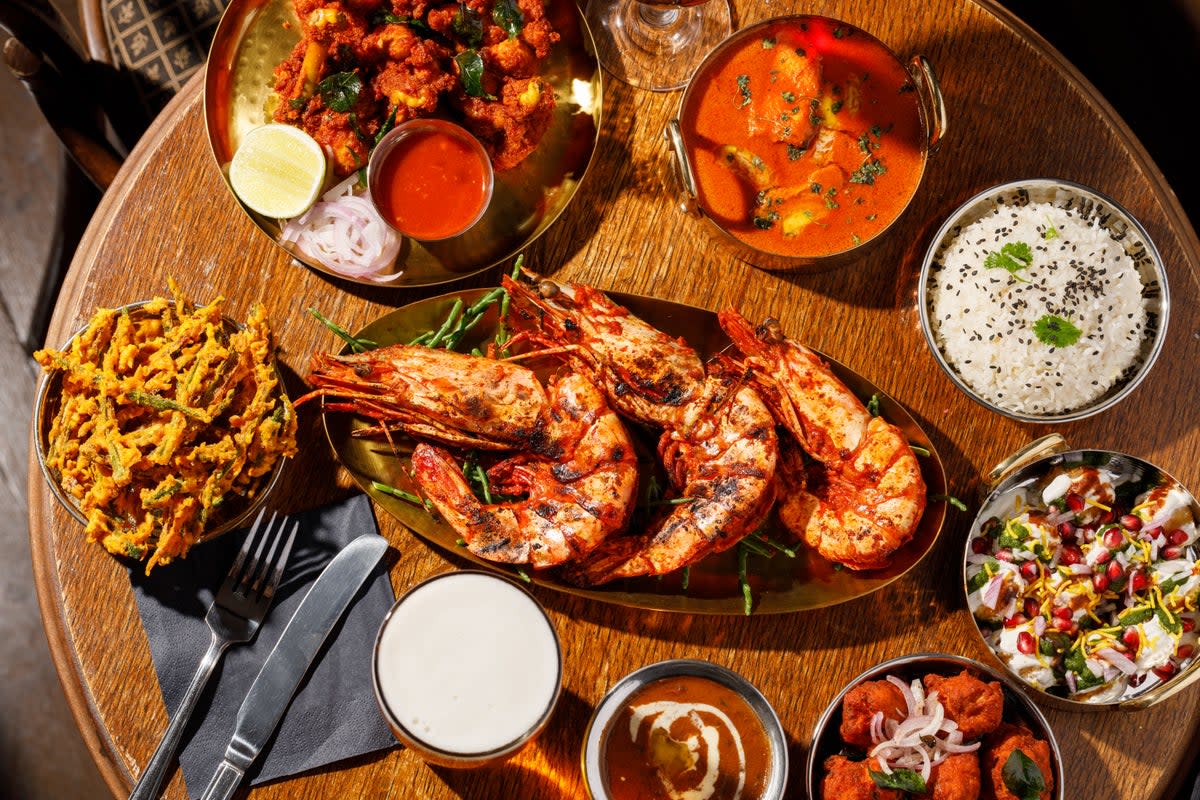 Things to do in London during the heat wave, from weekend parties to lidos, picnics and rooftop bars 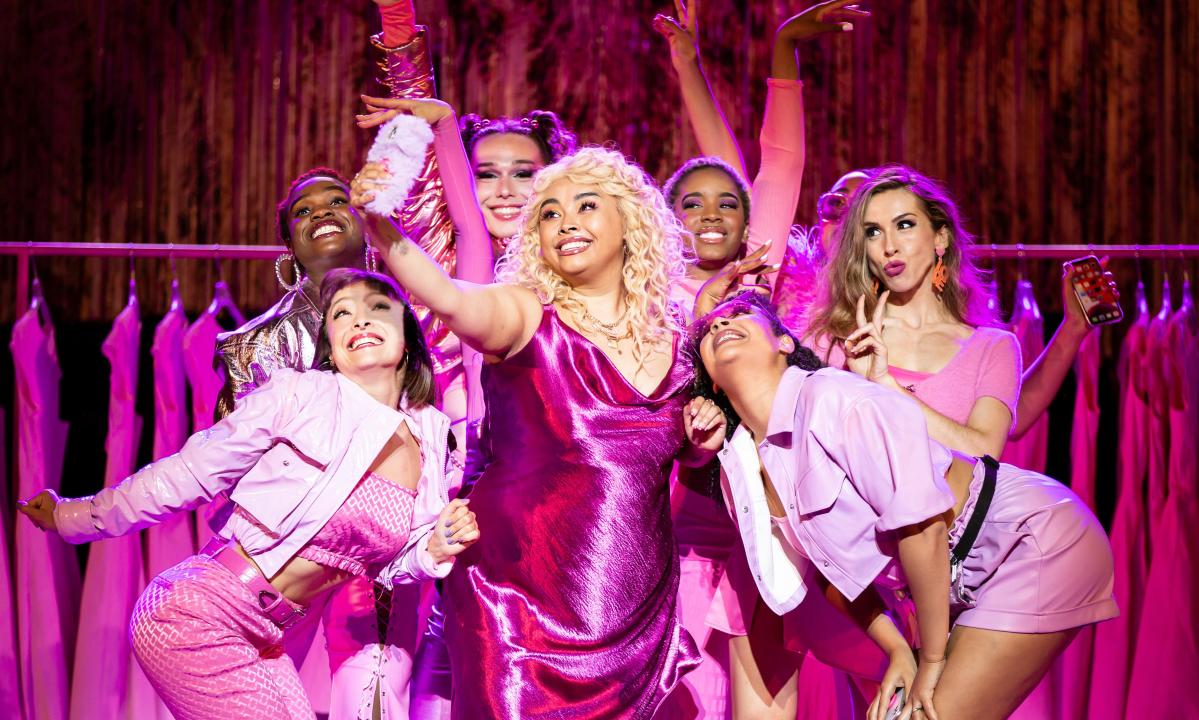 Of course theater critics should speak their minds, but not with cheap photos.