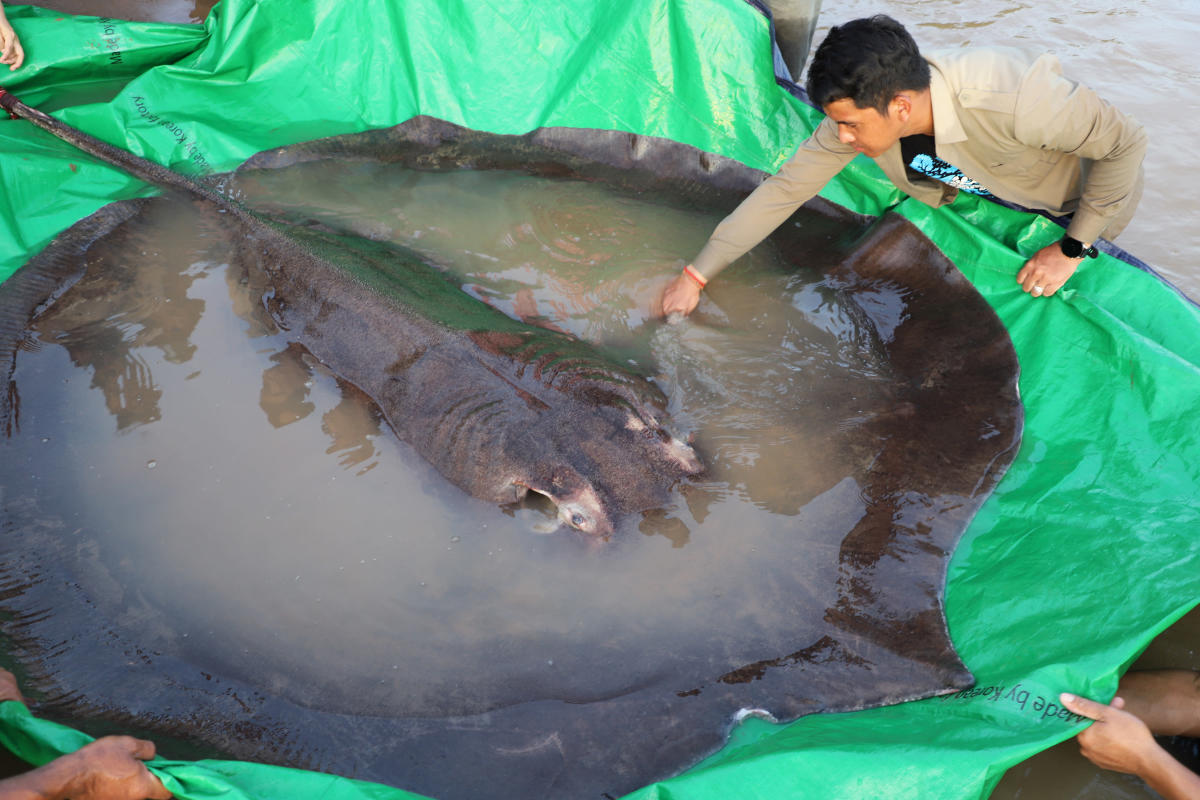 BANGKOK (AP) – The world’s largest recorded freshwater fish, a giant stingray, was caught in Cambodia’s Mekong River, according to scientists from the Southeast Asian country and the United States.

The stingray, captured on June 13, measured nearly four meters (13 feet) from snout to tail and weighed just under 300 kg (660 pounds), according to a statement from Wonders of the Mekong, a joint research project between Cambodia and the USA.

The previous record for a freshwater fish was a 293-kilogram giant Mekong catfish discovered in Thailand in 2005, the group said.

The stingray was stolen by a local fisherman south of Stung Treng in northeastern Cambodia. The fisherman alerted a close team of scientists from the Wonders of the Mekong project, who publicized their conservation work in communities along the river.

Scientists arrived hours after receiving a call after midnight with the news and were amazed at what they saw.

“Yes, when you see a fish this size, especially in fresh water, it’s hard to understand, so I think our entire team was shocked,” said Zeb Hogan, leader of Wonders of the Mekong, in an online interview from the University of Nevada in Reno. The university is in partnership with the Cambodia Fisheries Administration and USAID, the US government’s international development agency.

Freshwater fish are defined as those that spend their entire lives in freshwater, as opposed to giant marine species such as bluefin tuna and marlin, or fish that migrate between freshwater and saltwater, such as the massive beluga sturgeon.

Catching the stingray wasn’t just about setting a new record, he said.

“The fact that the fish can still get so big is a sign of hope for the Mekong River,” Hogan said, noting that the waterway faces many environmental challenges.

The Mekong River flows through China, Myanmar, Laos, Thailand, Cambodia and Vietnam. It is home to several species of giant freshwater fish, but environmental pressures are increasing. In particular, scientists fear that a major dam-building program in recent years could be seriously harming spawning grounds.

“The world’s big fish are threatened with extinction. These are high-value species. They take a long time to mature. So if they’re caught before they’re mature, they don’t have a chance to reproduce,” Hogan said. “Many of these large fish are migratory, so they need large areas to survive. They are impacted by things like habitat fragmentation from dams, obviously impacted by overfishing. Therefore, about 70% of the world’s giant freshwater fish are threatened with extinction and all species in the Mekong.”

The team that rushed to the scene inserted a tagging device near the tail of the mighty fish before releasing it. The device will send tracking information for the next year, providing unprecedented data on the behavior of giant stingrays in Cambodia.

The researchers say it is the fourth giant stingray reported in the same area in the past two months, all of them female. They think this could be a spawning hotspot for the species.

Locals nicknamed the stingray “Boramy,” or “full moon,” because of its round shape and because the moon was on the horizon when it was released on June 14. lucky fisherman was compensated at the market price, meaning he received a payout of around $600. 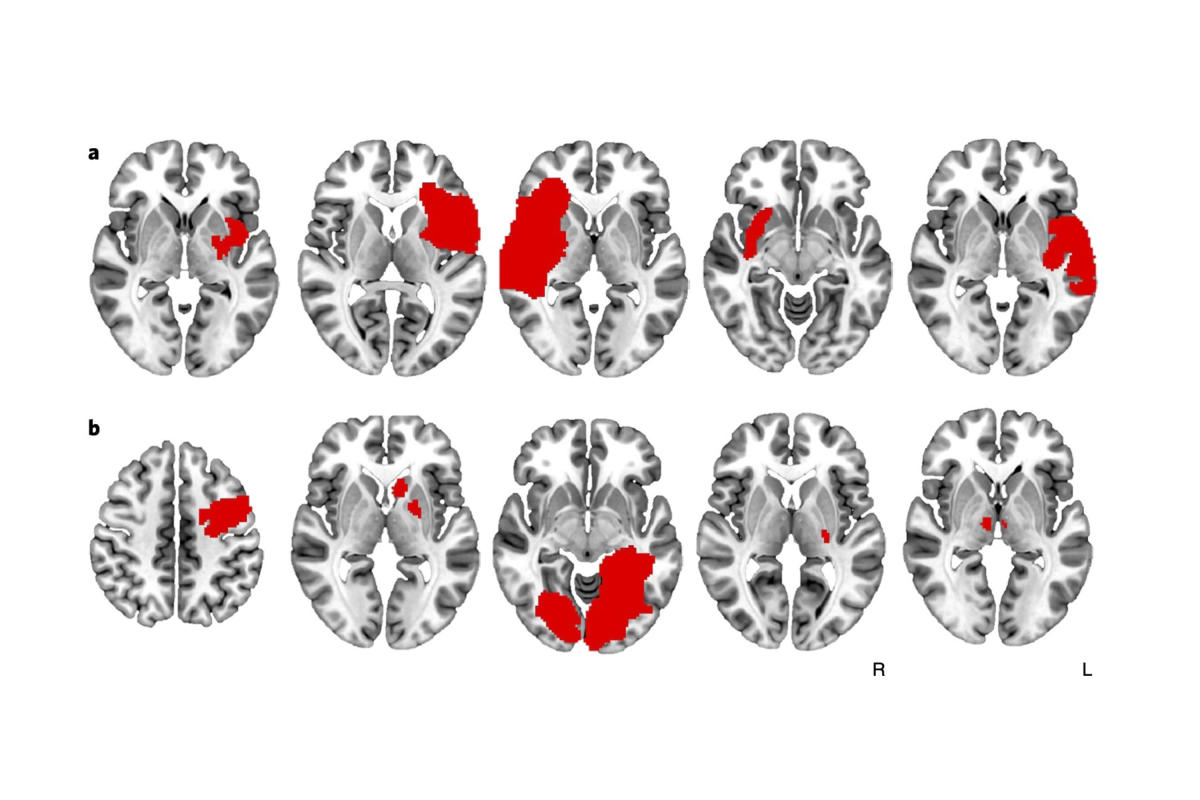 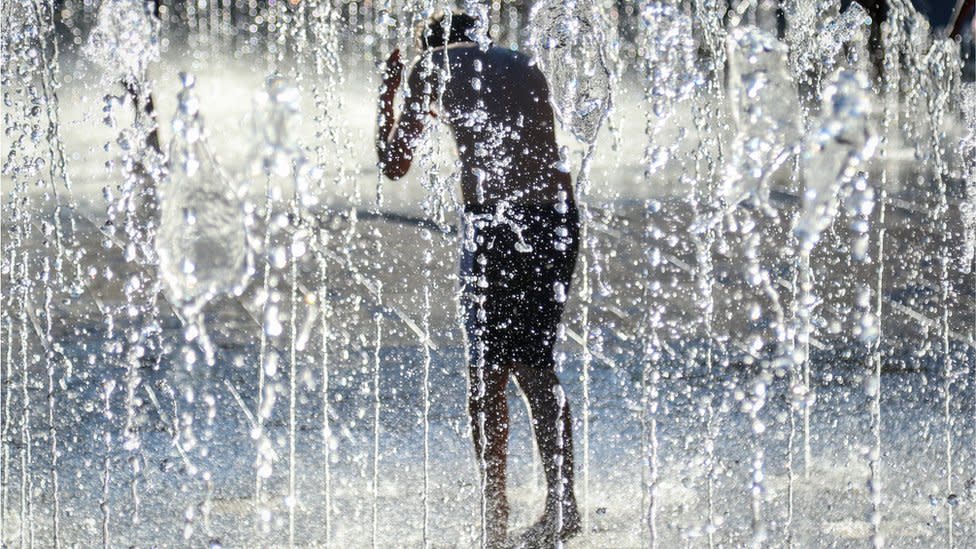 The UK is getting warmer and what causes heat waves? 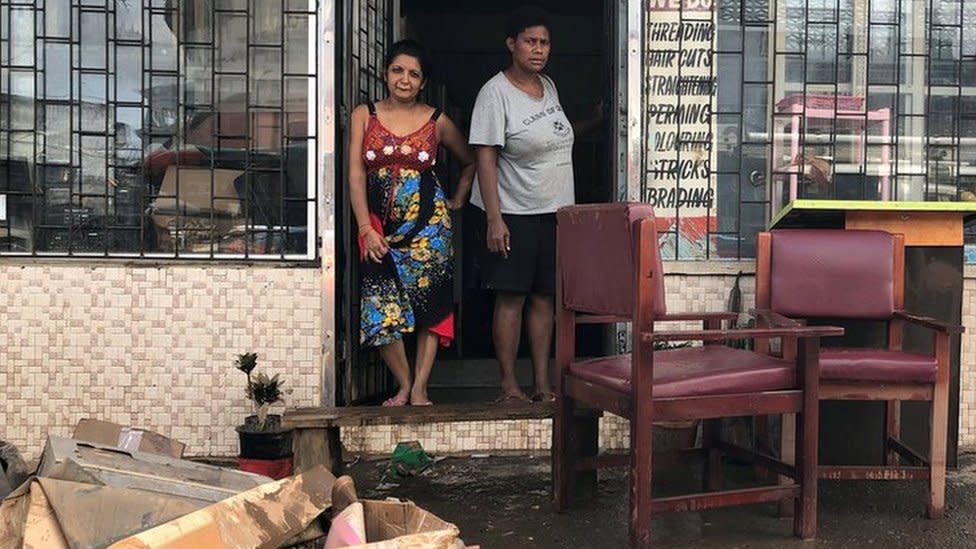