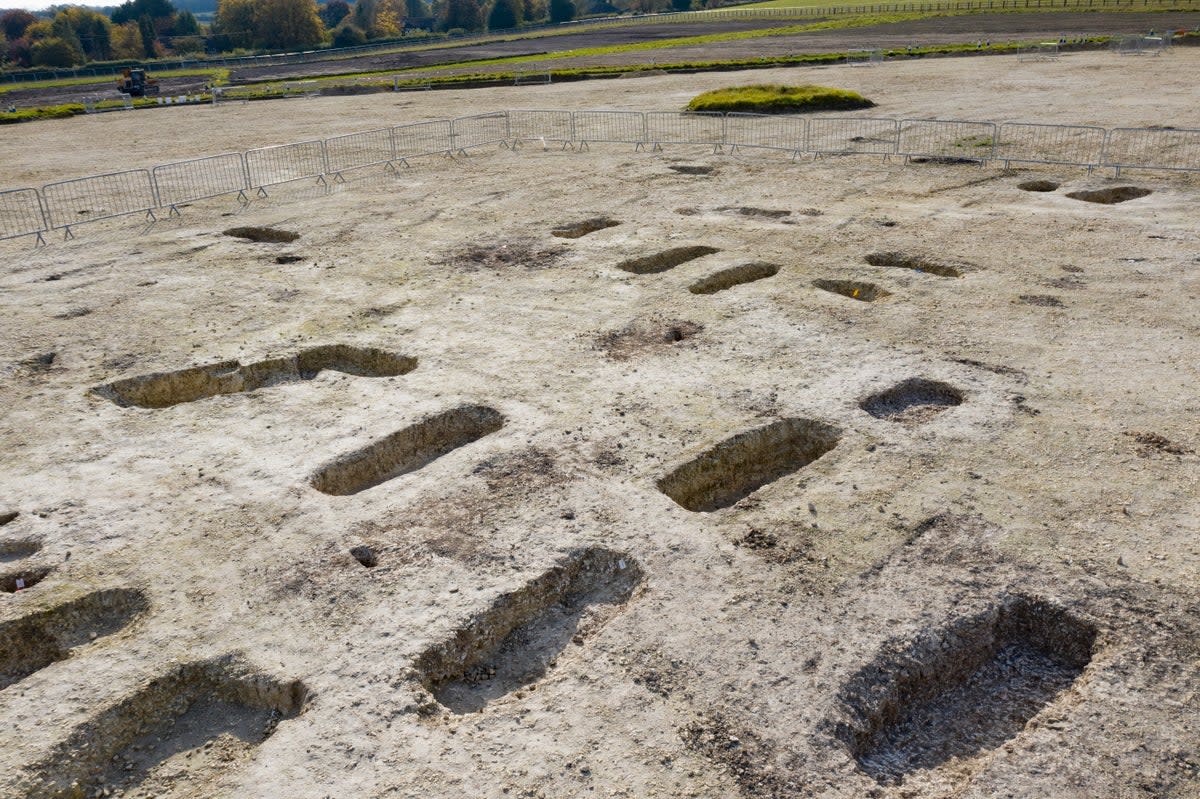 Archaeologists working at an HS2 site have discovered a cemetery containing nearly 140 graves, including a skeleton with a weapon still embedded in it.

The site, in Wendover, Buckinghamshire, contained 138 graves, with 141 regular burials and five cremation burials, making it one of the largest Anglo-Saxon cemeteries ever discovered in Britain.

A skeleton, believed to be male, was found with a sharp iron object embedded in his spine, which experts believe may have caused or factored into his death.

The man was believed to be between 17 and 24 years old at the time of death and was examined by expert osteologists who believe he was stabbed with the weapon from the front, before it was driven into his spine.

Items from the 5th and 6th century have been found, including 89 brooches, over 2,000 amber beads, 51 knives, 40 buckles, 15 spearheads, and various other metals and raw materials used to make the artifacts.

Speaking on his podcast, the presenter said: “By studying the things our ancestors left on the ground, their glass, jewelry, weapons and even their bodies, we can build a rich picture of a dynamic and vital period in our history.

“This impressive set of discoveries on the HS2 route can tell us more about how our predecessors lived, struggled and ultimately died.

“It is one of the finest and most revealing post-Roman sites in the country and it was exciting to join the team as they discover their wonderful finds.”

A team of around 30 INFRA JV field archaeologists, working on behalf of HS2 Enabling Works Contractor Fusion JV, completed fieldwork at the site in 2021 and also found evidence from the Neolithic, Bronze Age, Iron and Roman activity.

Two conical glass cups that would have been used to drink liquids such as wine were also found and suggest that those buried may have access to fine drinks from abroad.

The beakers have decorative trails in the glass that are comparable to the “Kempston” cone beaker, discovered in Bedfordshire in 1891, with one currently on display at the British Museum.

A female body was found buried with a vast array of high-quality goods, such as an ornate glass bowl complete with pale green glass, several rings made of copper alloy, a silver “zoomorphic” ring, brooches, discs, accessories. of iron belts and objects made of ivory.

Several items likely used for hygiene were also found, including personal hygiene kits with earwax removers and toothpicks, tweezers, combs and even a tube of cosmetic that may have been used as eyeliner or similar.

Mike Court, lead archaeologist at HS2 Ltd, said: “As we approach the end of our archeology fieldwork on HS2 Phase One, we are only at the beginning of our understanding of how the discoveries will improve our historical knowledge of Great Britain. Brittany.

“The archaeological finds made at this site in Wendover will not only be of interest to the local community but also of national importance, providing valuable insight into life in Anglo-Saxon Britain.”

Rachel Wood, lead archaeologist at Fusion JV, said: “The significance of this site to our historical and archaeological understanding of Anglo-Saxon Britain is enormous.

“It’s not a location I would ever have imagined finding – finding one of these burials would have been surprising, so finding so many is unbelievable.”

The findings will be featured in a program on Dan Snow’s History Hit released on June 16.

An assessment and analysis program will be carried out over the next few years at the site to try to find more information about the stories of the people buried at the site. 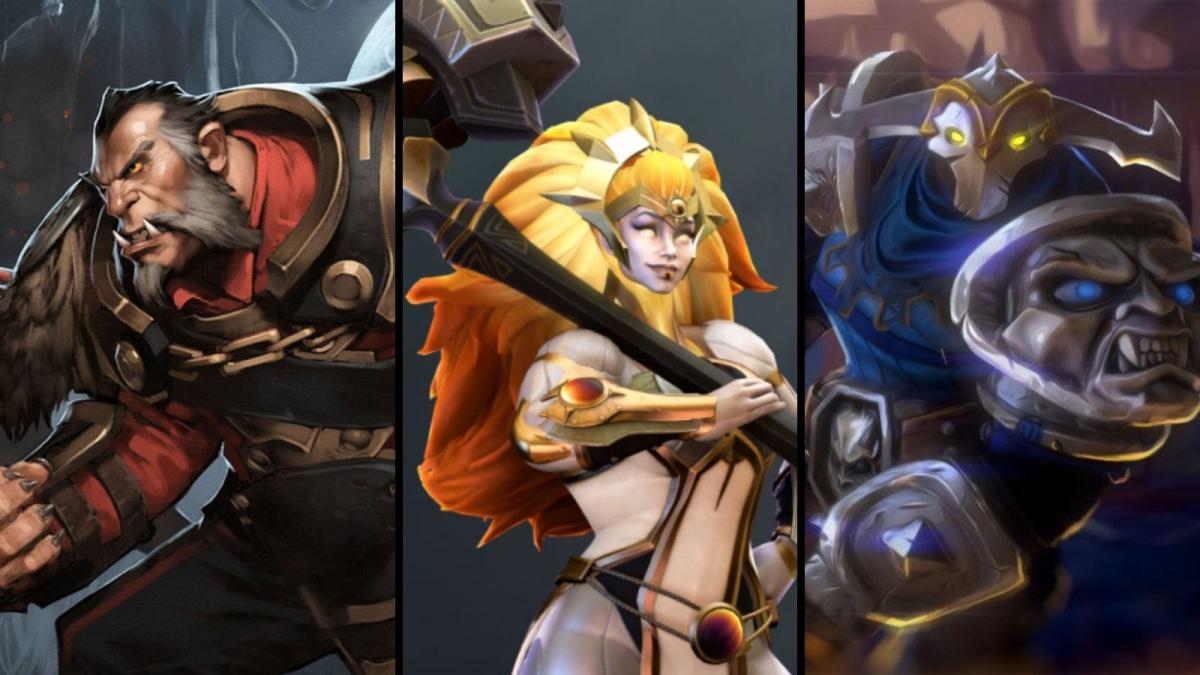 The biggest winners of patch 7.31d

Scientists find a way to grow plants in complete darkness 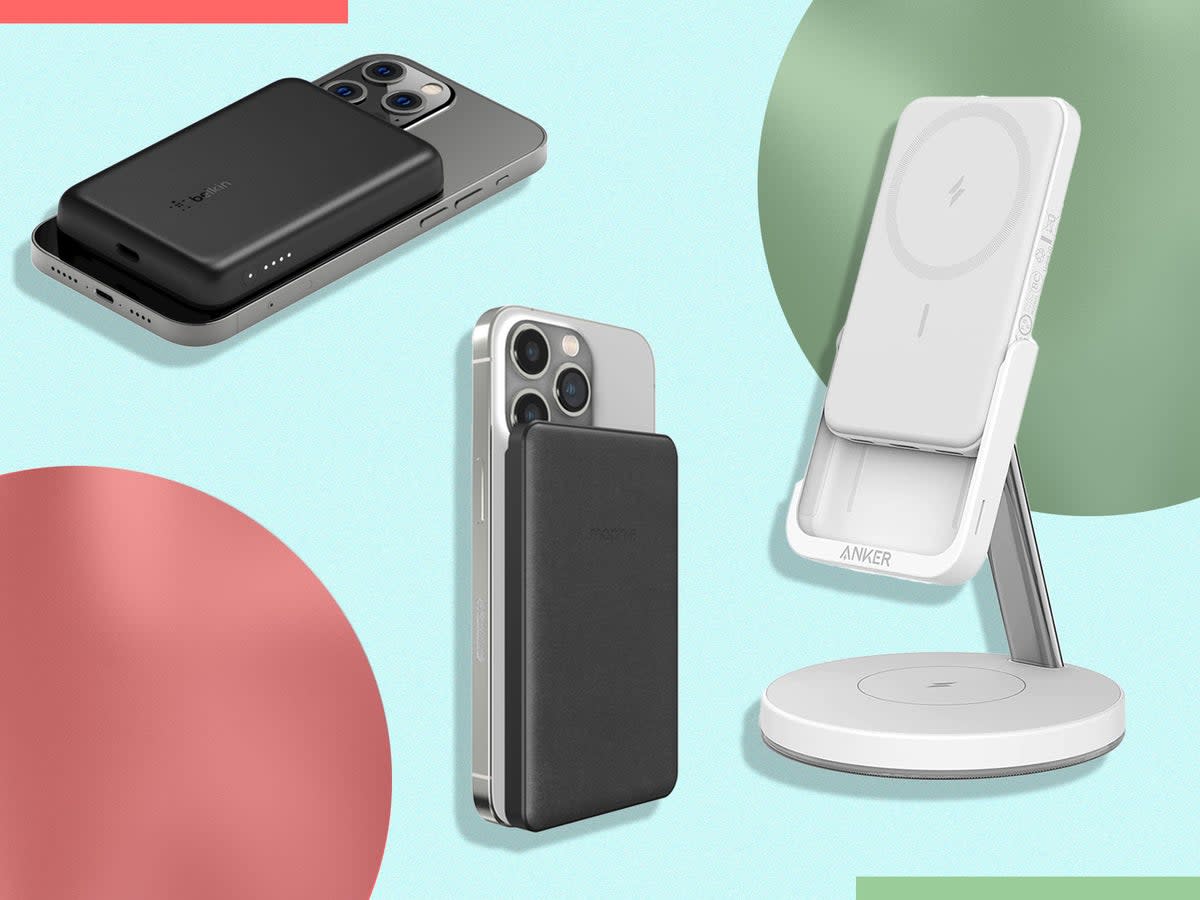