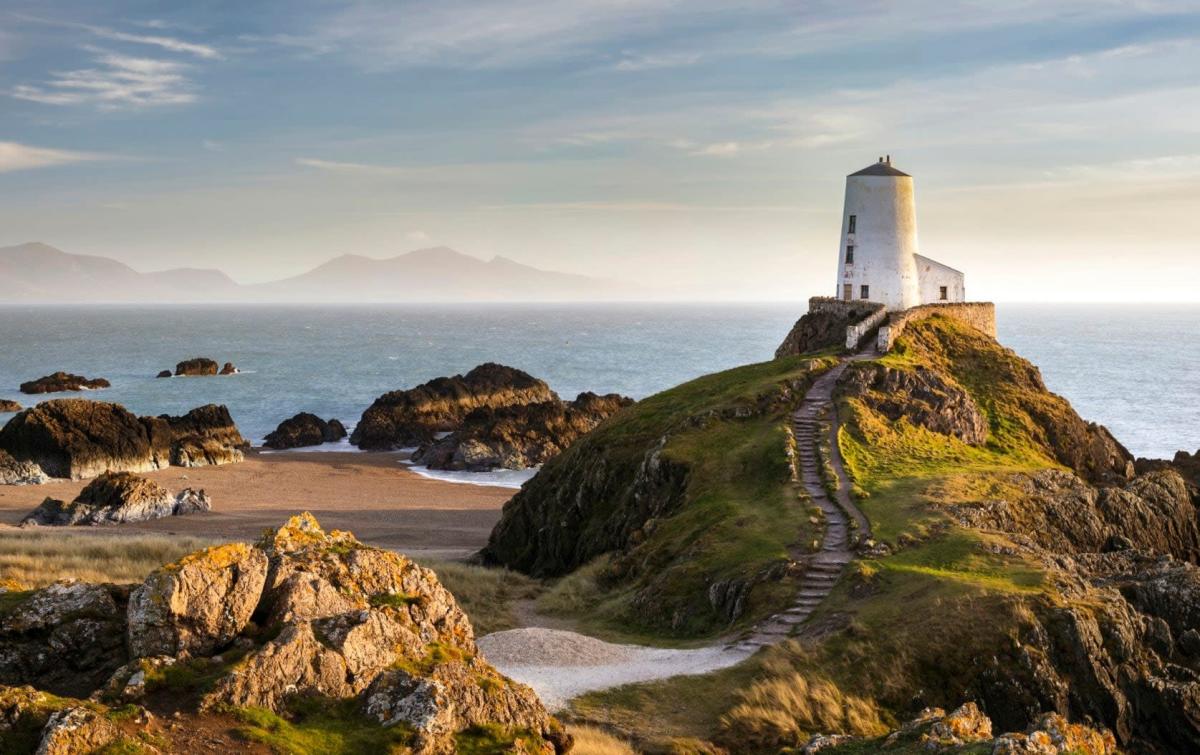 You know if you’re blowing from the southwest when you’re on the South Stack. The headland at the west end of Anglesey, Britain’s fifth-largest island, dips into the Irish Sea as if to tease the coastal winds. Other landmasses – Scotland, Ireland, the Pembrokeshire peninsula – provide a buffer when the weather comes from different cardinal directions; but there is no protection when the Atlantic winds blow from the southwest. Below me, rocky cliffs are being pounded by the swell, with each impact sending spray from the sea skyward.

Above the splash zone, hundreds of seabirds are sitting on the cliff edges, obediently incubating eggs. Guillemots and razorbills – shy fliers at best – are struggling to cope with the gusts of wind to reach their nests, looping around to try again after each aborted attempt. The conditions are clearly ideal neither for the birds nor for the people who admire them. “Windy and interesting” is how the visitor center staff described the day. They also pointed out where I could see the handful of South Stack puffins, but there’s no hope of using binoculars to get a closer look. If I try in such stormy weather, I’ll end up with two black eyes.

Even on a day like this, though, the Anglesey coastline shines. In addition to the raw beauty of the South Stack lighthouse, defying the sea on its wave-hit islet, the cliff-top vegetation is ablaze with wildflowers. Pink economy bounces in the breeze over pincushions of leaves, while grassy patches are enlivened with sky-blue squill and purple sheep’s pebble balls. It’s too windy to enjoy the coconut fragrance of the bright yellow gorse flowers, but they certainly add to the magic of the scene. It is no wonder that almost the entire coast of Anglesey is an area of ​​outstanding natural beauty. I’m here to try out bits and pieces of this in an active mini-break.

Wales doesn’t lack for natural beauty, but while Gower and Snowdonia draw crowds, things are generally quieter on Anglesey. This means that even on summer weekends, parts of the Isle of Anglesey Coastal Path maintain their solitude. At 125 miles long, it winds past dunes, heathlands, sandy beaches, rolling farmland and South Stack cliffs, offering plenty of beachside walks – and a few other adventures beyond.

The same southwest, albeit weaker, is still arriving the next morning, which ruins any plans to attempt coasteering. But while it’s very difficult to climb and jump over rocky sea-facing headlands, Anglesey Outdoors (angleseyoutdoors.com) offers an alternative.

“We call this our cliffhanger experience,” explains Steve, the instructor, as he rides a zip-line rope bridge over a zawn on the cliffs near Porth Darfach, not far from the South Stack. Equipped with a seat belt and helmet, I’m tethered to the rope and encouraged to step into the abyss, where I slide to the midpoint of the rope to hang above the surf before pulling myself from hand to hand to reach the other side. It is very fun. On my third attempt, I got the hang of it. “If you do more of a spring than a step, you can slide all the way through,” Steve suggests – so I take a leap of faith. It’s an exciting start to the day.

Afterwards, we descend a 30 meter cliff by abseiling, then we pause to absorb the landscape where we would have done the coasteer if the conditions were calmer. With waves crashing against the cliffs and spraying it, it’s certainly dramatic. Steve points out points where we would have jumped; with the likes of Washing Machine and Big Death, maybe losing was an escape from luck.

I spend the afternoon walking along the coastal path: perhaps less adventurous, but extremely pleasant. Eager to just walk the more scenic stretches and travel between them by taxi or bus, I booked my entire trip through Adventure Tours UK (adventuretoursuk.com), who took care of everything from hotel reservations to baggage pickups and transfers. From Porth Darfach, I take a taxi to Aberffraw for a stretch of path that winds between coves and a pastoral countryside dotted with secluded cottages.

On an empty beach, I search the tide line for sponges, shells, and a mermaid bag; then, from the cliffs, I spot a lone gray seal. The route ends in a strip of sand backed by dunes wrapped in grasses that sway in the breeze. This is Rhosneigr, a seaside town with surfer vibes and the lovely Sandy Mount House (sandymounthouse.co.uk), a restaurant with rooms in a clapboard building that looks like it was borrowed from New England.

I take an even more beautiful route the next day at Newborough Warren. The forests where red squirrels inhabit are crossed by paths that lead to a sandy beach overlooking the water all the way to Snowdonia. By sheer luck, I arrived at low tide and can access Llanddwyn Island on foot; its lighthouse and abbey ruins are spectacular in the sun.

There is no time to stay, however: I have an appointment to keep. A pre-booked taxi takes me to the Menai Bridge for a paddleboarding session on the strait that separates Anglesey from the mainland (psychedpaddleboarding.com). With the nearly 200-year-old Menai Bridge as a backdrop, we paddled along the strait admiring the oaks that grow to the waterline and noticed how the bladder debris coats the low-tide rocks like drops of candle wax. Slow-paced and relaxed, the experience pulls me a lot into the present – ​​especially when I lose my balance and fall face-first into the brine.

I end my adventure in Anglesey with another attempt at seeing puffins. In much calmer conditions than on the South Stack, I join a group boarding a high-speed RIB for a trip to the aptly named Puffin Island, where the occasional seal and dolphin add to the feel of a seaside safari. With the speedboat gathering the paddle boards, ropes and my own feet that I used to explore, this island is certainly action packed – no matter which way the wind blows.

How to do this

Adventure Tours UK (adventuretoursuk.com) may customize Anglesey tours as active (or not) as desired; or join a week-long Discovery North Wales small-group tour (with 3 nights in Anglesey) from £1,165 per person. 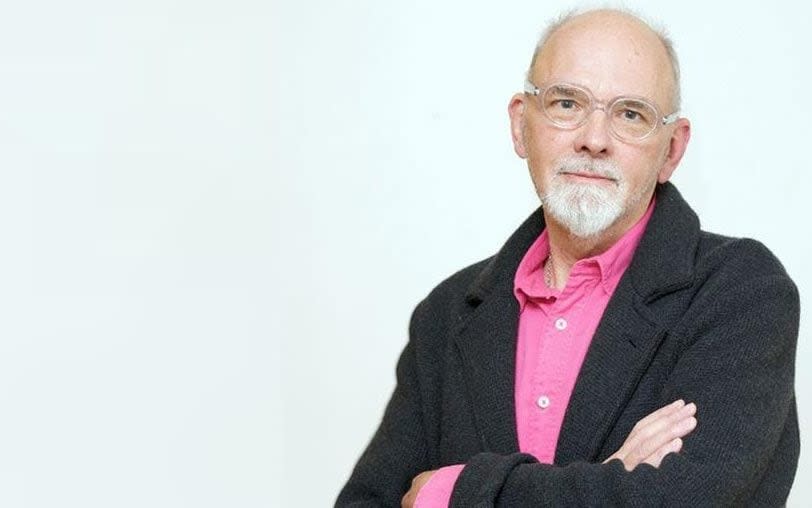 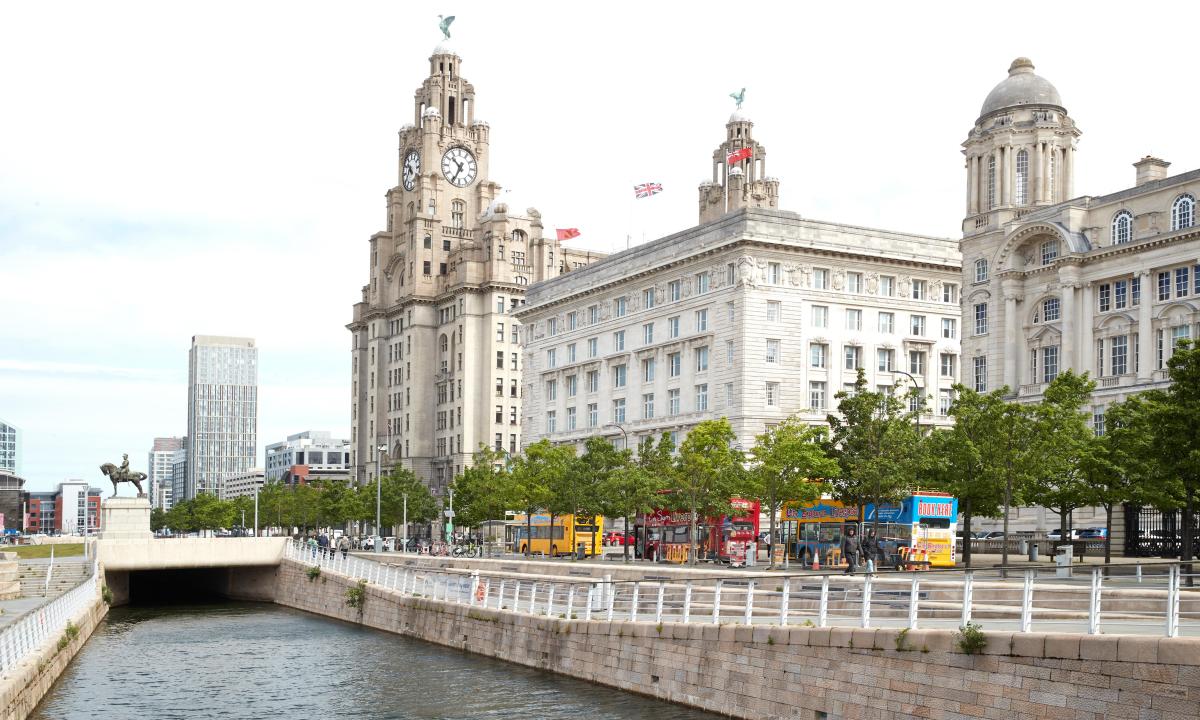 A walk along the Mersey to a historic Liverpool pub: The Bridewell